HOME with you, to you. Just baked bread that is delicious and hearty Just baked bread that is delicious and hearty 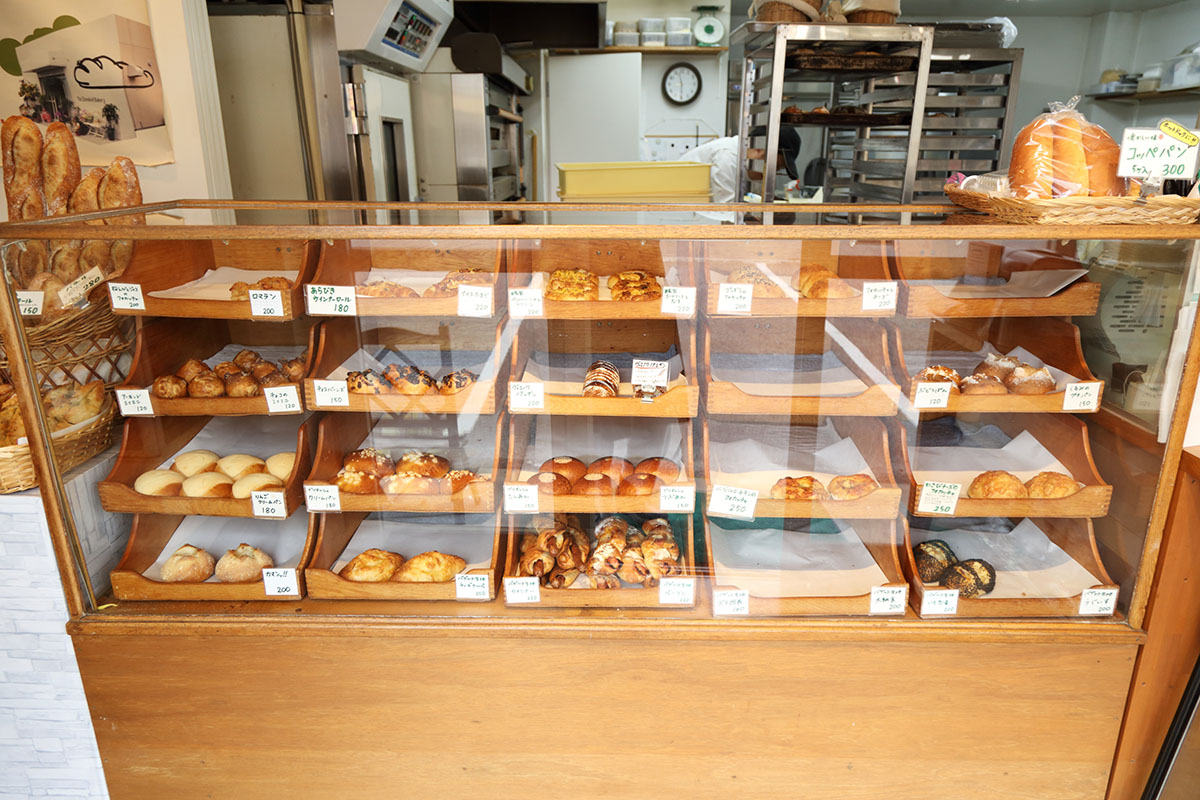 “I felt a strong urge to make bread for people. So, I decided to open my own shop.”
Contrary to his gentle manner of speaking, he had an unshakable belief in his words.
Mr. Shoji Fujii, a baker opened a small bakery called “The Standard Bakery (abbreviated as Stanbe)” in June, 2011. In the retro showcase appearing in front just after passing under the noren (a short-split curtain), snack breads and deli breads named to incite a little chuckle, such as “Kaman!” “Bananaccho”, are carefully arranged. 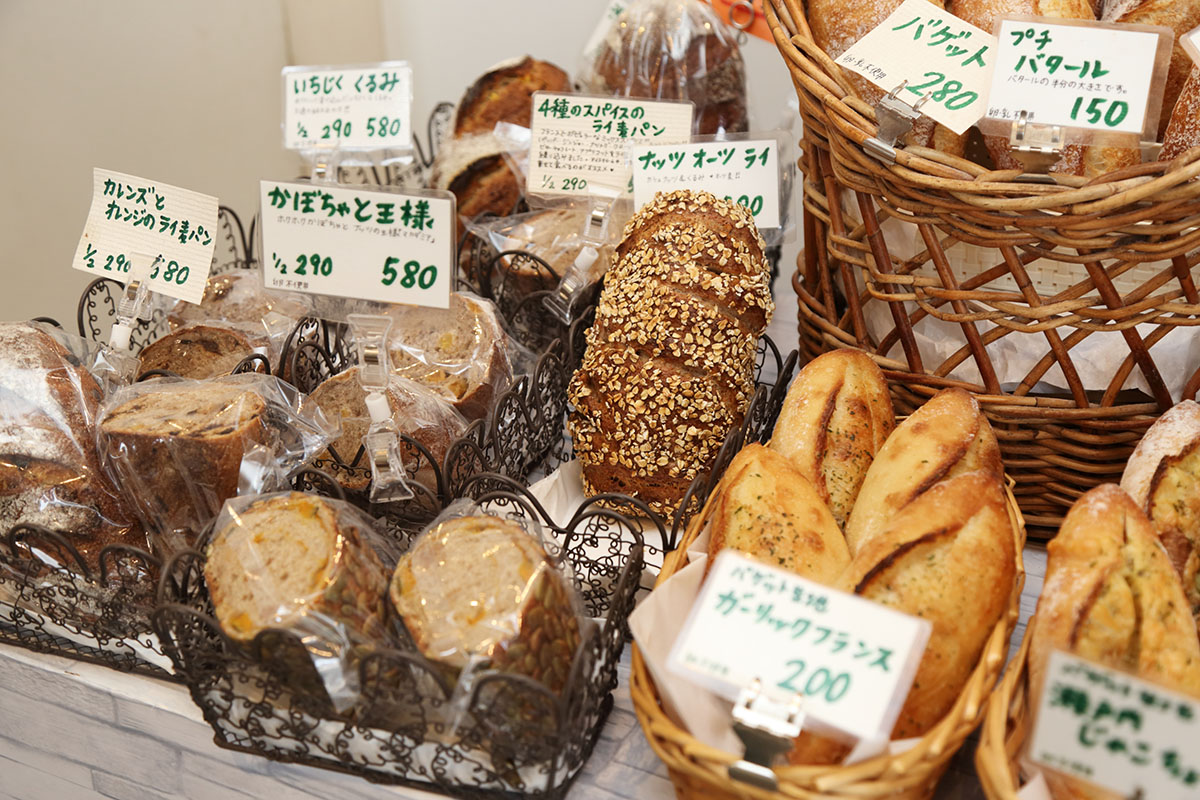 What Mr. Fujii really wanted to make was a bread using rye and whole wheat.
Rye known as an ingredient in German-style breads is said to be higher in nutrients than commonly used flour, from which distinctly acidic and chewy breads can be made. Whole-wheat flour is a kind of flour milled as it is without removing wheat bran and germ. Take, for example, rice; it is much like brown rice, and this is also an ingredient familiar to health-conscious persons as rye.
“The Standard Bakery” uses whole-wheat flour made by milling the wheat grown by farmers in Ashida-cho, Fukuyama City. It is characterized by slight acidity and a crispy texture. “Unlike rice, ears of wheat turn lush green in early spring. I also go to the fields.” He showed some photos.
He bakes bread with the wheat purchased from reliable producers. It is not so easy because there are only a few wheat farmers in Fukuyama City in the first place. However, Mr. Fujii sticks to his own beliefs in the careful selection of materials for his ingredients.

Delicious and hearty bread for children 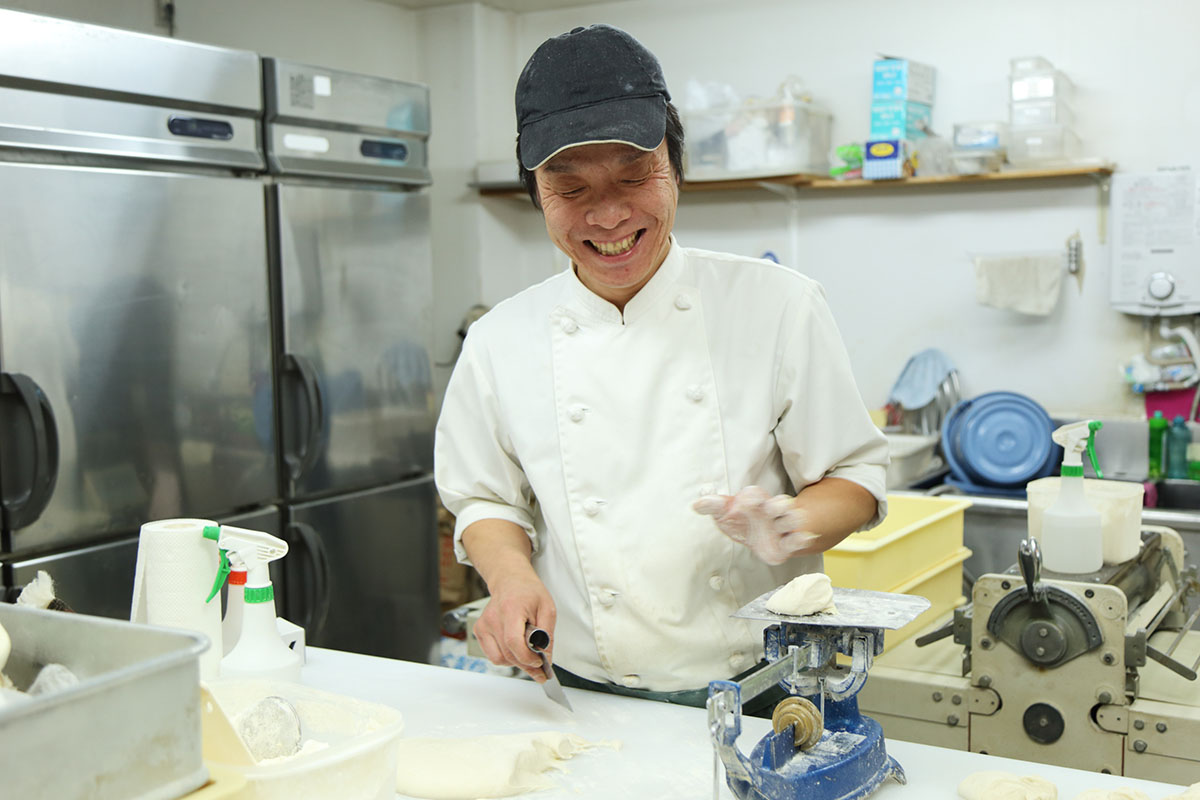 Mr. Fujii says, “My motto is delicious and hearty without exception. As we feel good when we eat something tasty, I would like to serve nutrient-rich, hearty breads.” Yeast and other additives to improve workability are never used. “Because even children eat bread, we must do this even if it takes time and effort.” Mr. Fujii never relaxed his hands in the preparation of his bread. “Even without using additives, good bread can be made with correct knowledge.” His straightforward eyes and words seemed to correct the listener’s posture.

Following through with his own “standard” 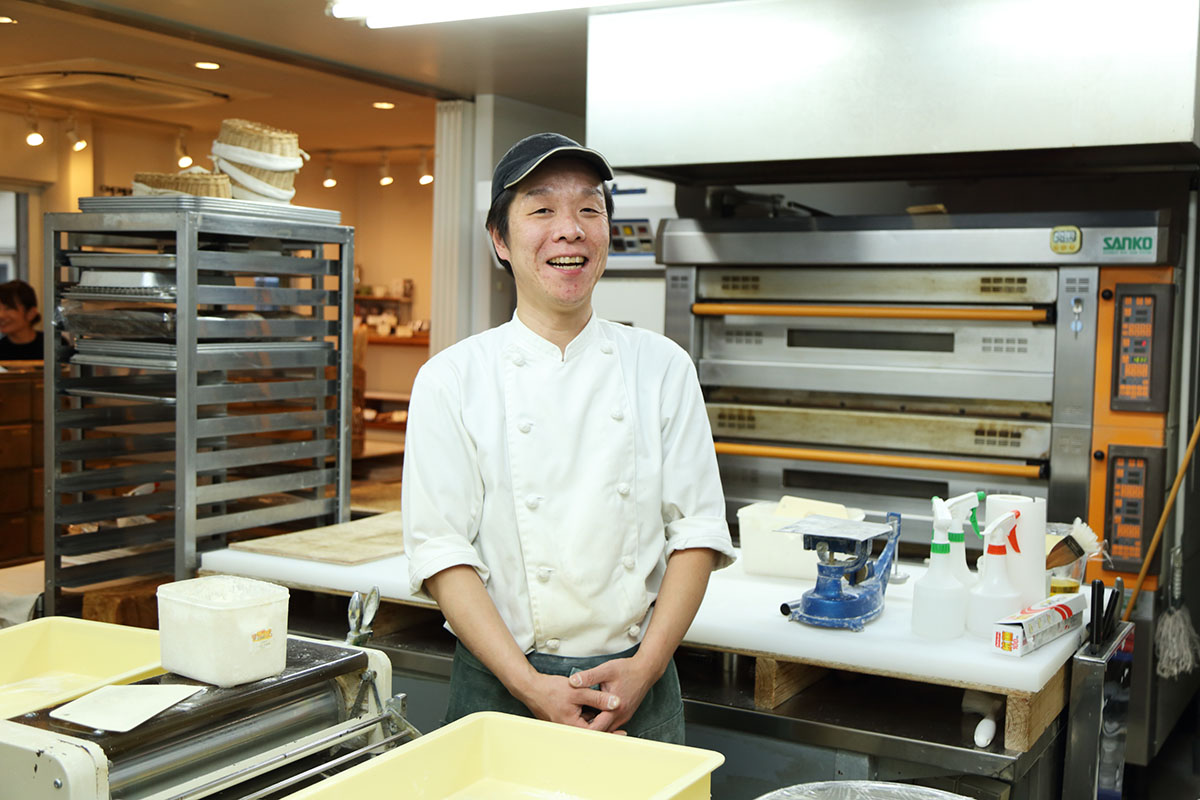 Mr. Fujii smiles, “I have had a mind to make bread that is not available anywhere else but here since this shop opened. I sometimes use ready-made items that are difficult to attain, but I make by hand cream for cream buns, meat sauce for deli breads, etc. I feel like I am cooking.”
Even during the interview, regular customers visited and left his shop happily one after another with Mr. Fujii’s bread in their hands. Even when the bread they wanted was sold out, they flashed a smile, “Too bad. I will come again!” It is easy to see how much the shop is loved by townfolk.
“No matter how demanding, we make good bread in the proper way because we are the standard bakery.” He was holding on to his beliefs and committed to the particulars of his craft. What an “artisan” was supposed to be in the food business was evident in the wafting aroma of his breads. 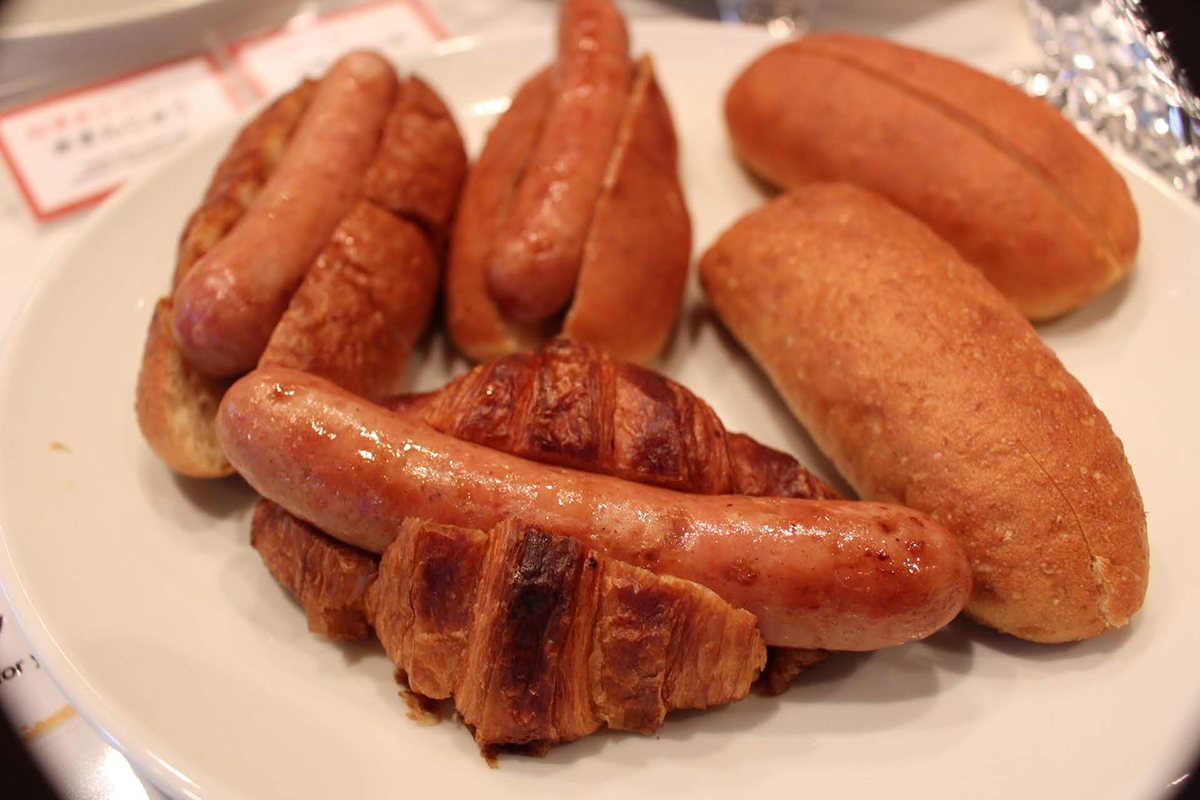 ANCHOR BAR offers hot dogs made with “The Standard Bakery’s” original whole-grain hot dog buns. They are baked lightly, maintaining a springy texture so as to capitalize on the taste of the sausage from “Ikeguchi Meat Shop” which are sandwiched between buns. Of course, the wheat is grown in Fukuyama. Enjoy flavors unique to whole wheat.

A bakery that opened in Yamate-cho, Fukuyama City in 2011 with “delicious and hearty” as its motto; baking bread by using only carefully selected materials without relying on unnecessary additives. Hard bread using rye and whole-wheat flour and white bread as well as snack breads and deli breads that vary day by day have a loyal following among locals.