HOME with you, to you. A team of unconventional characters: a pattern maker coordinator sewing factory One well-chosen straight road from order-taking to completion 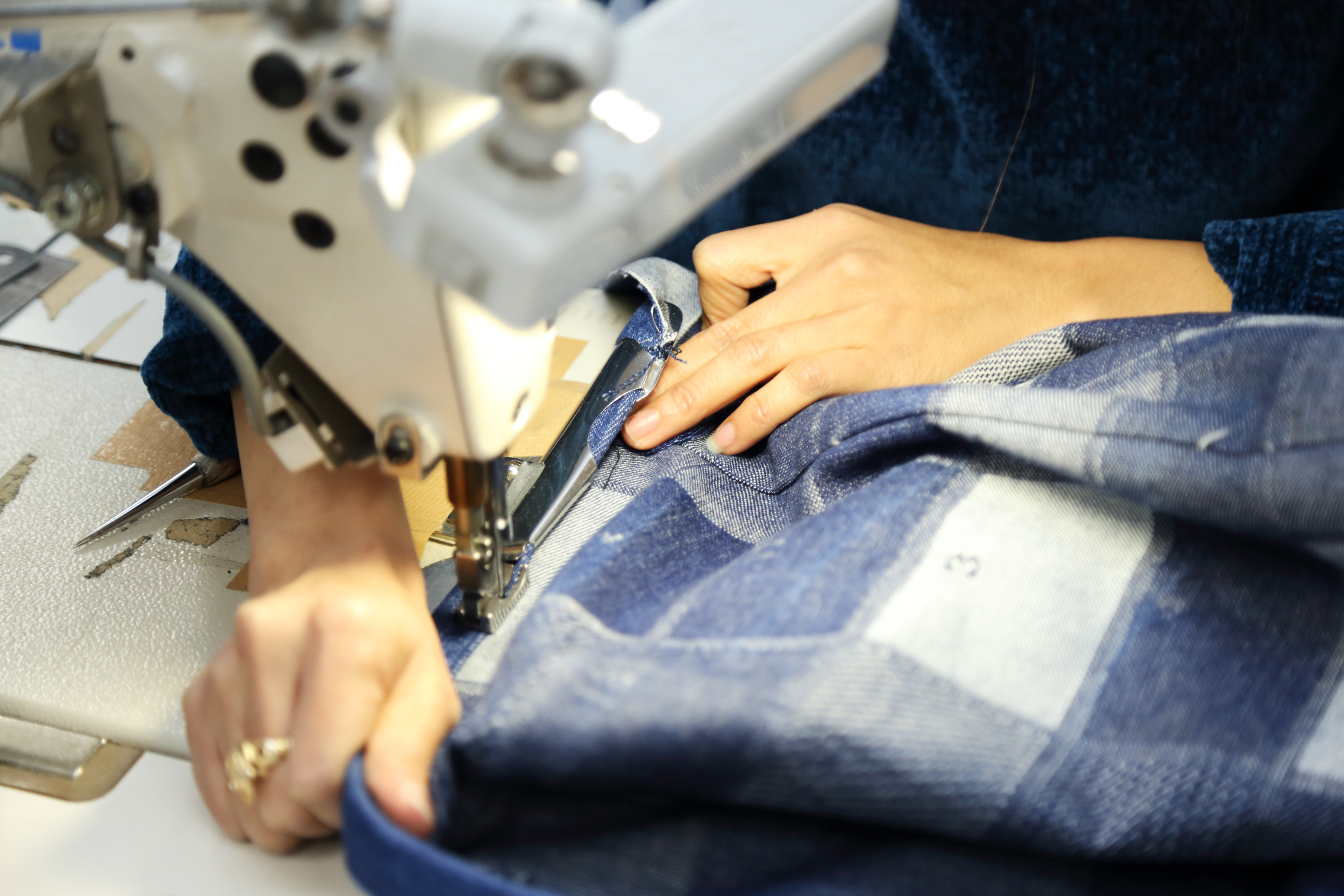 Although relatively unknown, the apparel industry is in reality subdivided, from fabric manufacturing, dyeing, washing, designing, cutting, sewing through buttonhole-making, etc. Moreover, each factory differs in their areas of specialization and operates different machines and employs different techniques. Even if you say, “I would like to make this kind of product by using fabric like this,” there are an infinite number of ways you can go about making something until you reach completion.
Mr. Kazuya Yamaguchi from SETOUCHI HOLDINGS Textile Company is a coordinator who selects what appears to be seemingly unlimited processes but he can say with confidence: “There is only one choice.” His role is to undertake the manufacturer’s request and ensure completion.
Ms. Mika Kuroki from the company is a pattern maker. She is a designer who specializes in dressmaking. She makes patterns based on original plans prepared by dress designers.
What has brought these two together as business partners is “NAWA SANGYO, LTD.” in Fukuyama City. Nawa is a sewing factory where 90% of the products it handles are denim.

The only one made with “passion” 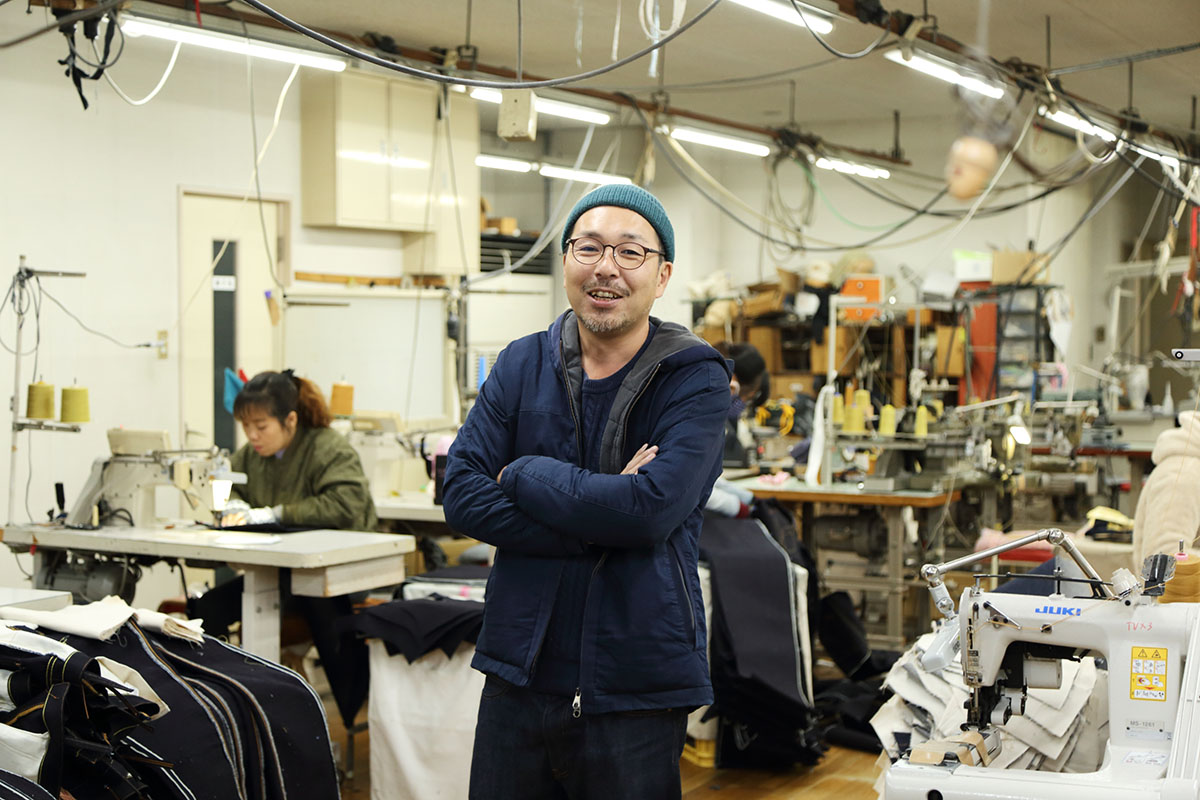 NAWA SANGYO specializes in denim and is proud of its reputation for creating vintage denim wear.
Mr. Fumiyuki Nawa, the second generation president of the company, says, “vintage-style denim tends to be heavy-duty. The sewing machines must be changed depending on the thickness.” Some machines can sew extremely thick 24oz denim, and other extraordinarily rare sewing machines, such as that was manufactured in the U.S. in the 1970s, are far from retired. “For instance, depending on whether denim is sewn 6 millimeters or 7 millimeters in width, noticeable differences can be found in the finished product. Many manufacturers in particular handling vintage denim adhere to a specific product “look.” This is why sewing machines are said to have been made by collecting parts that took longer than 10 years to find and assemble. Such “passion” may result in creating that one product that can only be made here.

Extending a loving hand to a team of unconventional characters! 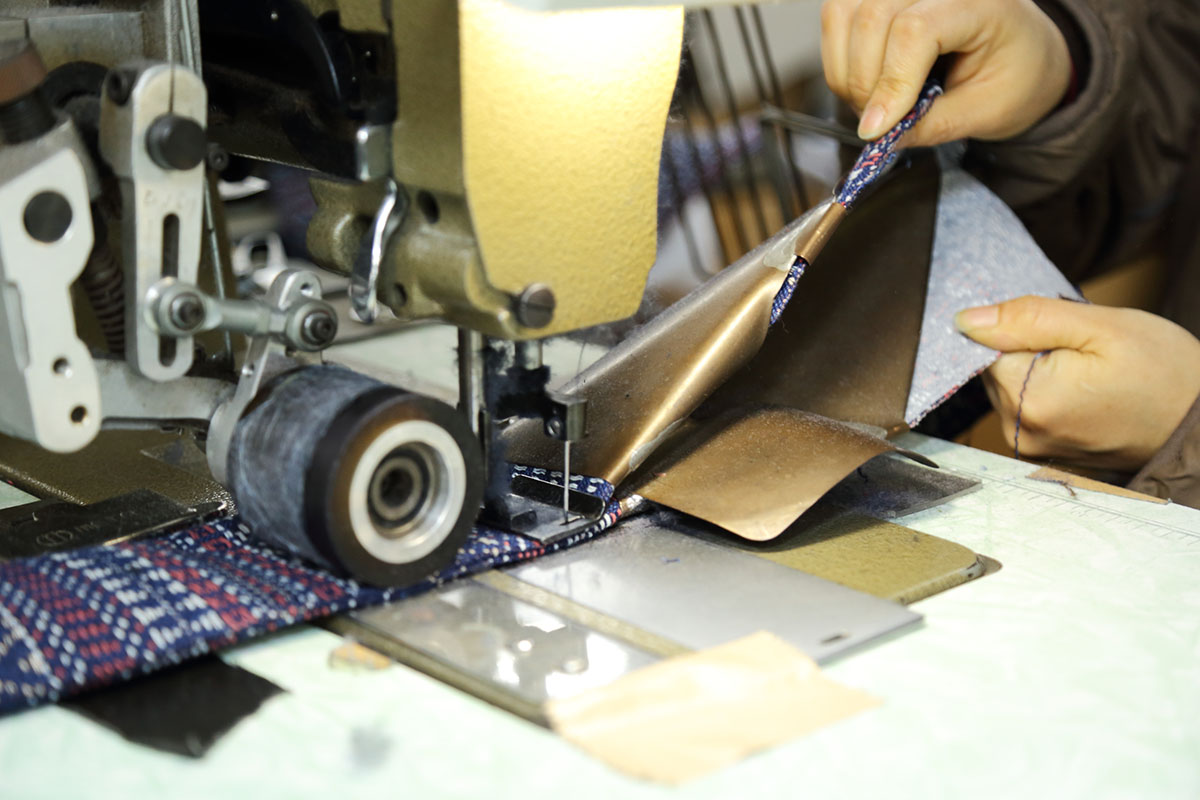 We were lucky enough to encounter the sewing of an obi (sash belt) destined for room wear at the ANCHOR HOTEL. Sewing was performed by using an attachment for the sewing machine, called rappa (literally trumpet).
Mr. Nawa explained, “This is a tool used for sewing the waistlines of jeans, and this rappa is rarely used in sewing because the width of an obi (sash belt) is much thicker than jeans. This rappa is particularly treasured because there are no craftsmen left who could make another.”
As many things are mechanized and simplified for mass production, the number of factories that can handle beyond the cookie cutter approach is naturally limited. However, we have a desire to make these products to the best of our ability. True to his word, Mr. Nawa’s passion shines through. “When beautifully sewn by the latest technique, they are definitely beautiful, but subtle fluctuations that are produced only by vintage tools create lovability. That may form the ‘expressions’ of things,” boys and girls who get excited by them are unceasing as in the case of Mr. Nawa’s enthusiasm. 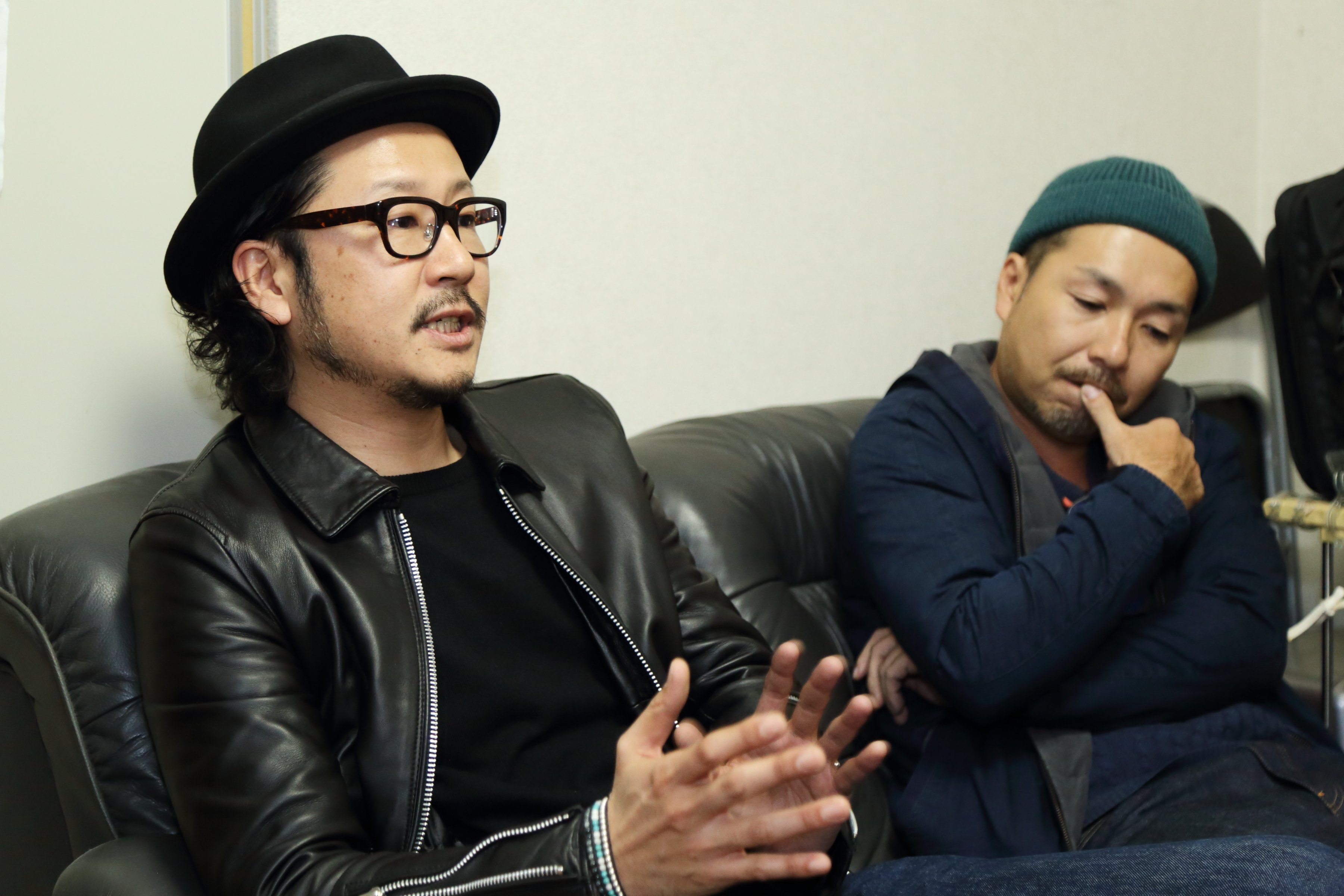 Mr. Kazuya Yamaguchi from SETOUCHI HOLDINGS and Fumiyuki Nawa from NAWA SANGYO were classmates. They have also had a business connection for more than 10 years.
“Fukuyama needs some kind of draw to get people who are visiting Japan and pull them here, doesn’t it?” Locally produced denim can grab the spotlight and draw in people.” Every so often, Ms. Kuroki gives an incisive response. A strong trusting relationship is easily observed.
Ms. Kuroki says “we have a strength to intersect our desires as coordinator and pattern-maker of apparel products. 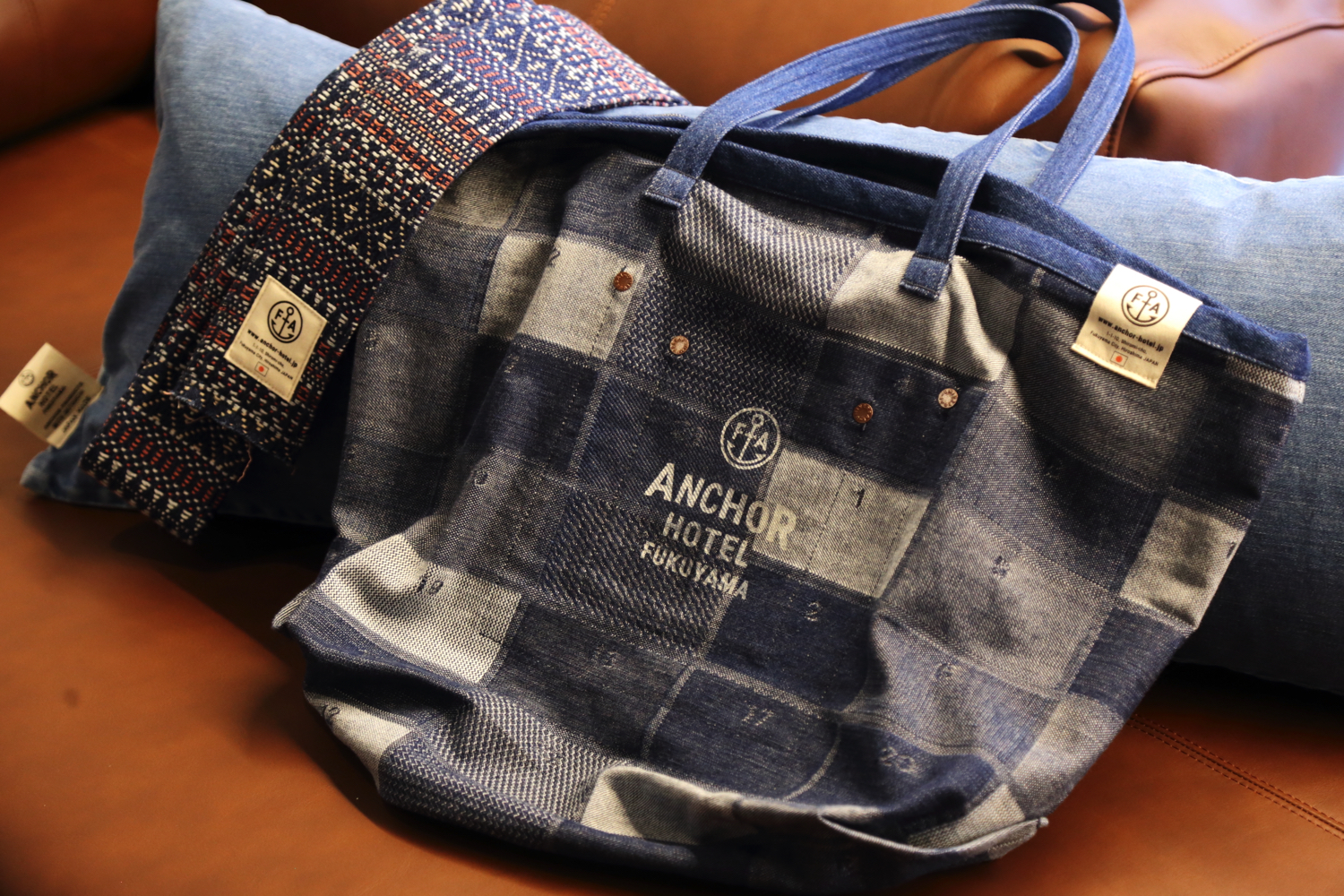 All denim used for fabrics at ANCHOR HOTEL is produced in factories around Fukuyama City. Now, “SETOUCHI HOLDINGS” is in charge of planning denim fabrics in general. Among them, orders to sew house bags and obi (sash belts) for room wear requiring special techniques were placed with “NAWA SANGYO.”

Established in 1973. The company not only excels at creating vintage denim but also bags and other accessories. At the time of its establishment, the company manufactured school uniforms and company uniforms in Fukuyama, but started manufacturing knits and sports jerseys around 1978, and jeans around 1985.
View website